My newest novel, HARD KNOX, is releasing August 12th and to give you all a taste of what the book will be like, I'm releasing one excerpt today, and one more next Tuesday before the book releases the following Tuesday. HARD KNOX is a New Adult/Contemporary Romance, and the first in a series entitled The Outsider Chronicles which will highlight other outsider-type heroes and the heroines who manage to turn their world around, upside down, or just plain hurl it into another galaxy! For those of you who've read the CRASH series, it is somewhat similar in terms of the angst and drama, as well as the roller-coaster ride of a romance, although this series will be more mature.

If you haven't yet seen the cover or read the blurb, I've listed those below for you as well, along with the excerpt immediately following. Can't wait to share the rest of the story with you all! 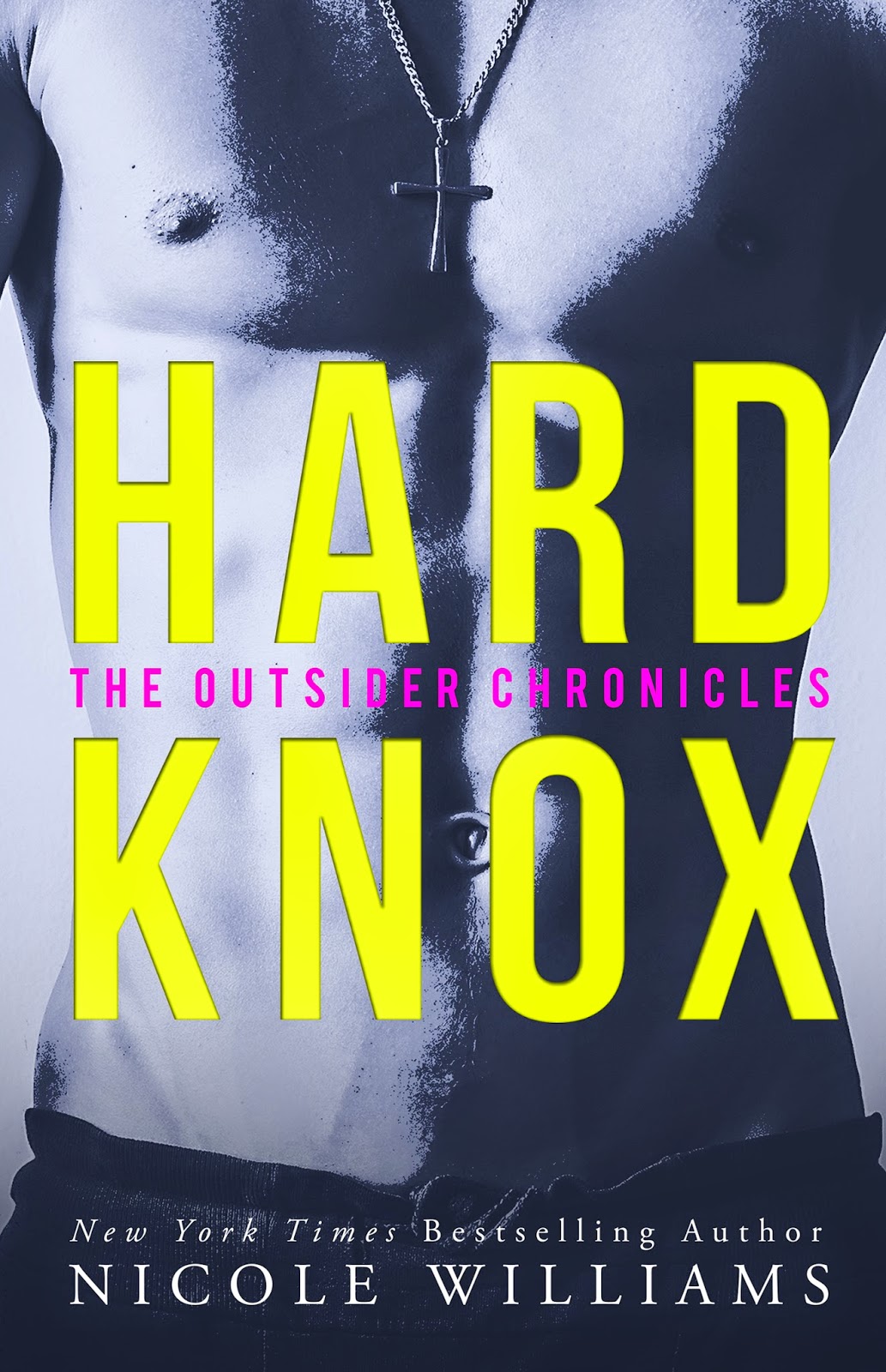 Knox Jagger. The name inspires resent in every male at Sinclair University, want in every female, and contempt in Charlie Chase.

Charlie can be summed up in three words: independent, independent, and independent. To Charlie, Knox epitomizes everything that’s wrong with college males: prolific one-night stands, drunken senseless fights, and a body that hints at prioritizing gym time over study time.

As an up-and-coming writer for Sinclair University’s newspaper, Charlie’s tasked with getting to the bottom of who’s been dropping little white pills into girls’ drinks at parties. In an ocean of All-American boys sporting polo shirts and innocent smiles, Knox is the obvious suspect. As evidence piles up against the bad boy of Sinclair, Charlie becomes more and more certain it isn’t Knox. But when her drink is dosed at a party and she wakes up on Knox’s couch the next morning, Charlie’s left with more questions than answers when it comes to Knox Jagger.

How can Charlie ever hope to uncover the truth behind a guy so closed off he’s become . . .